Thanks to fellow car-parazzi, captured on video the other day was this duo of very handsome Alfa Romeo 4C Spiders in full production form, loafing about during a commercial shoot.

The top-less Alfa’s were spotted in Vázquez de Molina Square, which is in Andalusia, Spain. Production form seems to be staying true to the good looks of the concept version of the 4C spider shown this past year, with the addition of what appears to a carbon fiber air intake affixed in front of the rear wheels, and the more refined headlights which are now offered on the fixed roof version as well.

Expect power to be the same 1.75-liter four-cylinder turbocharged gas-powered engine as the coupe, making 240 HP, and 258 lb-ft. of torque.

The new spider should be on sale in time for summer 2015. 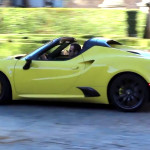 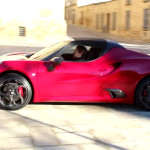 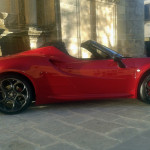 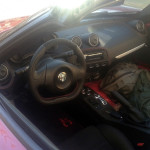 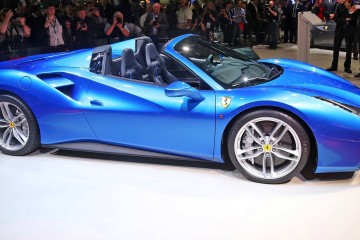 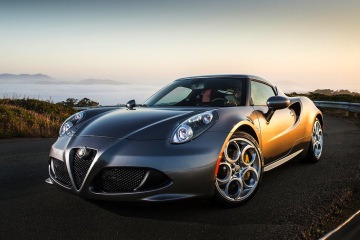