It’s here, AMG’s long-awaited Porsche 911 fighter, and it’s good. Very good. The GT isn’t AMG’s first pure sports car – the SLS takes that title – but in the GT (and the even more powerful GT S tested here), Mercedes-AMG is better equipped to take on that ubiquitous rear-engined Stuttgart foe. There are no gullwing doors this time – to the benefit of headroom and general cabin space – so the GT is more conventional than its bigger predecessor. It has also followed the downsizing route under that long bonnet, with a 4.0-litre bi-turbo engine powering the rear-wheel drive GT.

In the S that blown V8 delivers a not insubstantial 520hp at 6,250rpm, with 650Nm of twist offered from 1,750rpm right round to 4,750rpm. That’s enough to allow the GT S to reach 62mph in a supercar-rivalling 3.8 seconds, AMG capping its top speed electronically at 193mph. There’s real occasion about the engine too, not just in the performance it offers, but the noise, AMG’s people working tirelessly on making it sound like an AMG should. They’ve done their job.

That engine is up front, but positioned so far back in the chassis as to be defined as front-mid mounted. That, along with a transaxle layout for the quick-shifting seven-speed twin-clutch automatic transmission, means a 47/53 front/rear weight split over the axles. That’s obvious on the road, the GT S’s balance and traction impeccable, its steering well weighted and pin-sharp, the suspension able to judge the conflicting requirements of fine wheel and body control with a commendably cosseting ride. That’s impressive, given the GT S is more hardcore in its make-up than its Gran Turismo badge proffers, though it’s still a capable, everyday proposition should you require it to be.

Impeccable build quality and a real sense of occasion add even more appeal, though its two-seat only layout loses it some usefulness points against its key 911 rival, but in every other way the GT, and GT S have its measure, which is praise indeed. 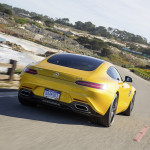 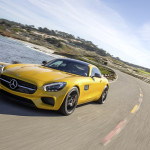 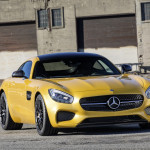 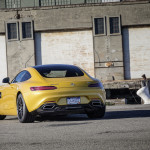 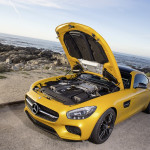 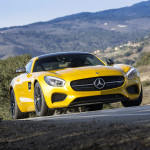 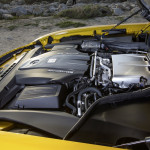 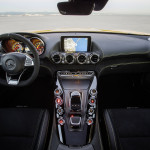 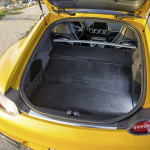 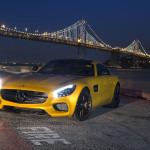 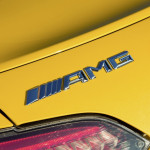 Performance – 9.0
Comfort – 7.0
Value – 8.0
Mercedes-AMG’s GT S mixes up the established sports car hierarchy with its performance and poise, not to mention its good looks and rousing soundtrack.
8.0
Tags:mercedesMercedes AMG GTmercedes-benz 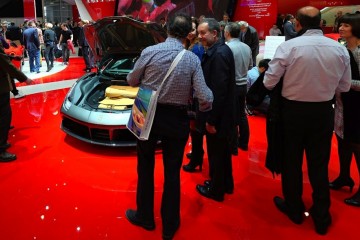 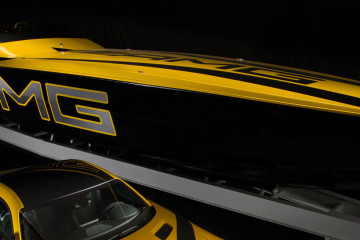