If you’re an American who was in any way aware of cars 10 years or so ago, your memories of small Fords are probably horribly tainted with names like “Tempo” and “Escort,” which were unbelievably awful. Not just dynamically, but mechanically, from the era of planned obsolescence when Detroit wanted their cars to die at 80,000 miles so you’d have to buy another.

But Ford of England was not Ford of Dearborn. For something like the last half-century they’ve been building fantastic little sports cars with rally in mind, and there, Escort has meant “performance.”

With the new American Focus RS, Ford has completed their compact car transformation and shakes off the last lingering effects of what now just seems like a bad dream. The GT and Shelby GT350R Mustang are amazing but they’re not going to sell many. The Ford Focus RS is going to be a Subaru WRX STi and VW Golf R competitor, a car you can drive like you stole it 365 days a year.

Getting into drivetrain details would be hugely complicated, because it’s absolutely cutting edge. But in addition to adjustable shocks with a track setting, it has electric torque vectoring that will do up to a 70/30 front-rear split. Oh yeah, and it will also send up to 100% of the rear power to one wheel. Ford actually used the word “drifting” in its press release.

Like the Evo and STi, Ford is just going to go ahead and assume that if you know what you’re looking at, you already know how to drive. The Golf R will get a six-speed eventually but at launch only comes with a codgermatic DSG.

#4. It looks badass inside and out. 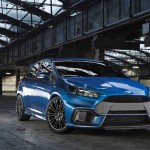 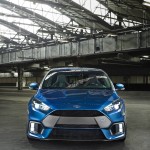 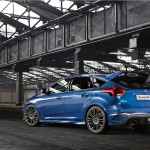 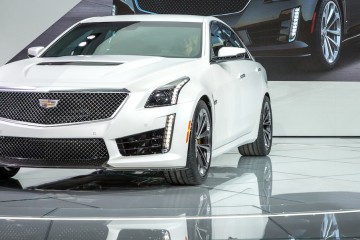