It seems as though luxury automakers have figured out a new segment that should attract more younger shoppers to their brands. This year alone, Mercedes-Benz will introduce the high-performance Mercedes-Benz GLA45 AMG while Porsche will bring to the market its new Macan. Let’s take a look at both.

The 2015 Mercedes-Benz GLA45 AMG is powered by a 2.0L inline 4-cylinder Direct Injection Turbocharged engine making 355 hp and 332 lb-ft torque. Mated to a 7-Speed Dual Clutch Transmission with 4 Modes (C/S/M/Race Start), the GLA45 AMG will run from 0-60 mph in 4.8 seconds, which is pretty quick for a 4-cylinder turbo car.

Now let’s take a dive into the Porsche Macan.

“Porsche is expanding its range to include a whole new class of vehicle,” the company said in a statement. “The Macan is the first Porsche model to break into the compact SUV segment and is poised to set new standards in the field of driving dynamics and enjoyment – on both pavement and off road trails.”

It seems as Mercedes-Benz may have an advantage here as it will obviously cost less than the Porsche, and has a tad bit better performance figures – at least compared to the Porsche Macan S. 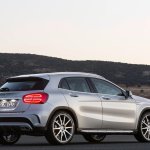 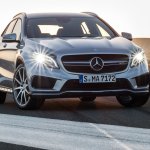 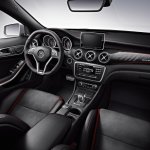 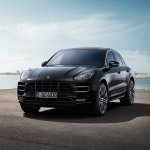 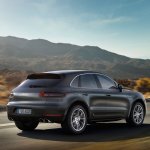 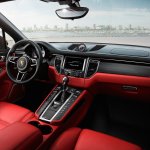 2015 Chrysler 200 Gets More Luxurious and Grows Up