For the first time ever, the Porsche Cayman and Boxster models will get a GTS variant that will deliver an extra 15 horses compared to their S models – sounds very exciting to us here at SpeedList!

“A specific standard of performance and uniqueness is required to wear the GTS badge. For example, the legendary 1963 Porsche 904 Carrera GTS was dominant on the racetrack and a spectacle on the street,” Porsche said in a statement. “The 1980s and 1990s saw the 924 GTS and 928 GTS refine this characteristic. In 2007 the GTS emblem was reintroduced on the Cayenne GTS and later implemented in the 911 and Panamera model lines.”

The updates to the engine will give the Boxster GTS a total of 33-hp and 273 lb-ft of torque while the Cayman GTS will make 340-hp and 280 lb-ft of torque. The models also get the Sport Chrono package is now a standard feature with either the 6-speed manual or the optional 7-speed Doppelkupplungsgetriebe (PDK) transmission. With PDK and Sport Plus activated the Boxster GTS can hit 0 to 60 mph in 4.4 seconds while the Cayman GTS will do it in 4.3 seconds. 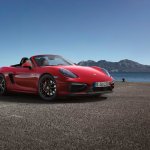 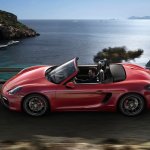 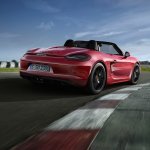 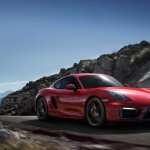 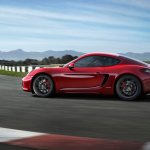 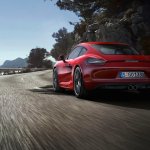 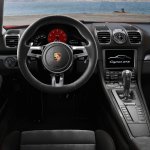