Every aspect of the equipment in the 911 Carrera T is designed to optimise sportiness and deliver lightweight construction: The rear window and rear side windows are made from lightweight glass and the door trims feature opening loops. The sound absorption has been largely reduced. The rear seats have been omitted along with the Porsche Communication Management (PCM), though both are still available on request at no additional cost. The result of the lightweight construction measures: At an unladen weight of 1,425 kilograms, the two-seater is 20 kilograms lighter than a 911 Carrera with comparable equipment.

The 911 Carrera T will be available from January 2018 and can be pre-ordered now. In Germany, the price will be EUR 107,553 including VAT and country-specific features.

A sporty design and unique appearance

The design of the 911 Carrera T highlights the emotionality and sportiness of the coupé with rear-axle transmission. The body parts and wheels function as clear differentiating elements. At the front, the 911 Carrera T features an aerodynamically optimised front spoiler lip, and the Sport Design exterior mirrors are painted in Agate Grey Metallic. From the side, the new model is easily recognisable thanks to its 20-inch Carrera S wheels in Titan Grey. The “911 Carrera T” logos represent another distinctive feature at the side. The rear view is characterised by the slats in the rear lid grille, the Porsche logo, the “911 Carrera T” model designation in Agate Grey and the sports exhaust system provided as standard, with centrally positioned tailpipes painted in black. The exterior colour options are Black, Lava Orange, Guards Red, Racing Yellow, White and Miami Blue, as well as the metallic colours Carrara White, Jet Black and GT Silver.

The appearance of the passenger compartment also has a sporty and puristic emphasis. The driver enjoys black, four-way, electric sports seats with a seat centre in Sport-Tex fabric, while the headrests feature a “911” logo stitched in black. This new Carrera T model also comes with the option to choose full bucket seats for the first time. Steering actions are completed via the GT sports steering wheel with leather rim, and the mode switch provided on the steering wheel as standard allows the driver to select different driving programmes. The shortened shift lever with shift pattern in red remains exclusive to the 911 Carrera T. The decorative trims on the dashboard and doors are black, as are the door opening loops. A new addition is the T interior package, which creates an even sportier look with the contrasting colours of Racing Yellow, Guards Red or GT Silver. These colours can be used to add visual accents on various interior components, such as the seat belts, the “911” logo on the headrests, the door opening loops or the centres of the Sport-Tex seats.

The six-cylinder flat engine with a displacement of three litres and twin turbocharging generates an output of 272 kW (370 hp) and a maximum torque of 450 Nm, delivering between 1,750 rpm and 5,000 rpm. The weight-to-power ratio has been improved to 3.85 kg/hp, ensuring enhanced performance and more agile driving dynamics. Thanks to a shorter rear axle ratio and mechanical differential lock, the 911 Carrera T can sprint from zero to 100 km/h in 4.5 seconds – 0.1 seconds faster than the 911 Carrera Coupé. The model reaches the 200-km/h limit in just 15.1 seconds. Porsche Doppelkupplung (PDK) is also available as an option on the Carrera T, enabling the vehicle to reach 100 km/h in 4.2 seconds, and 200 km/h in 14.5 seconds. Both transmission variants enable a top speed of over 290 km/h. 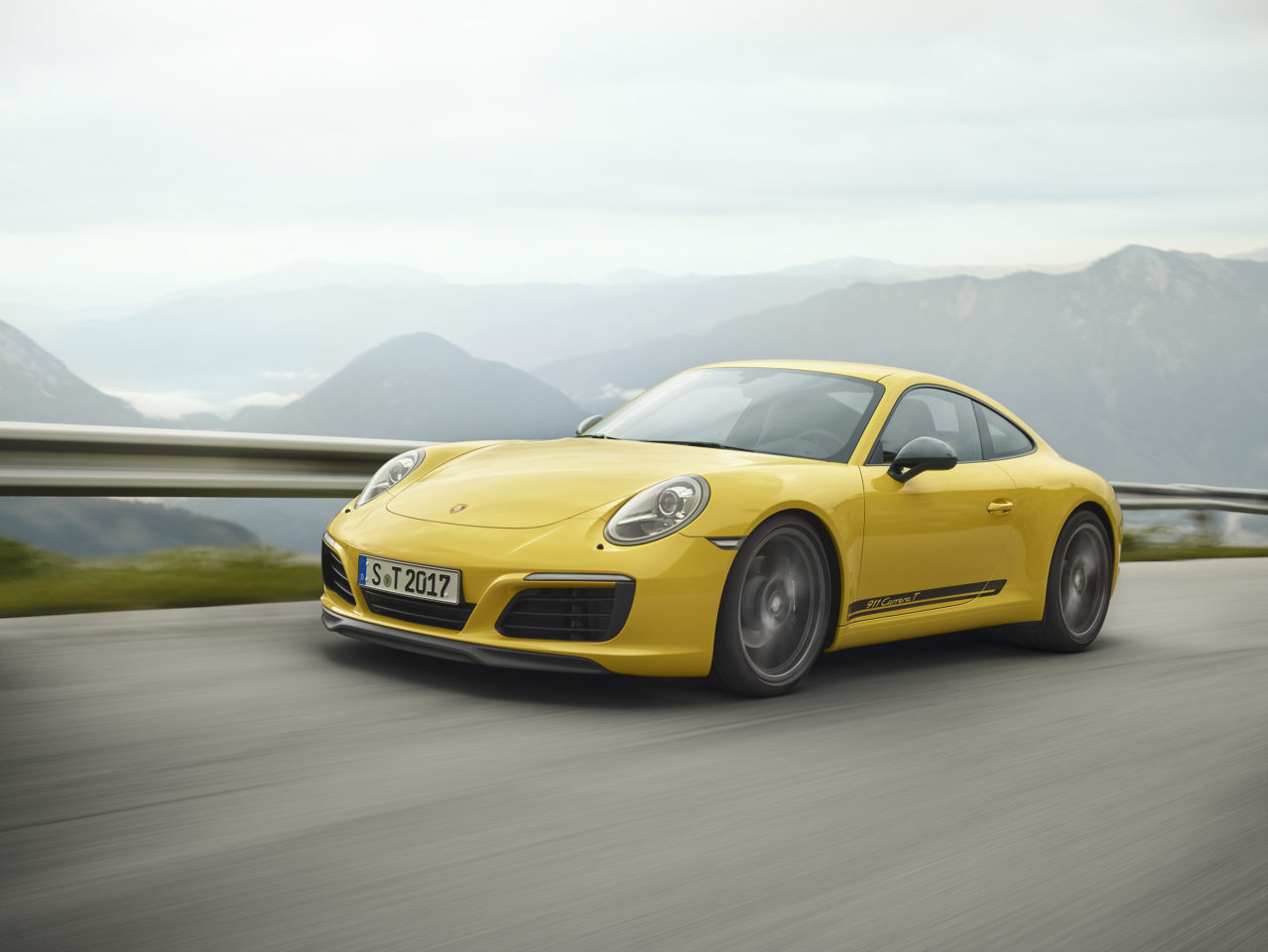 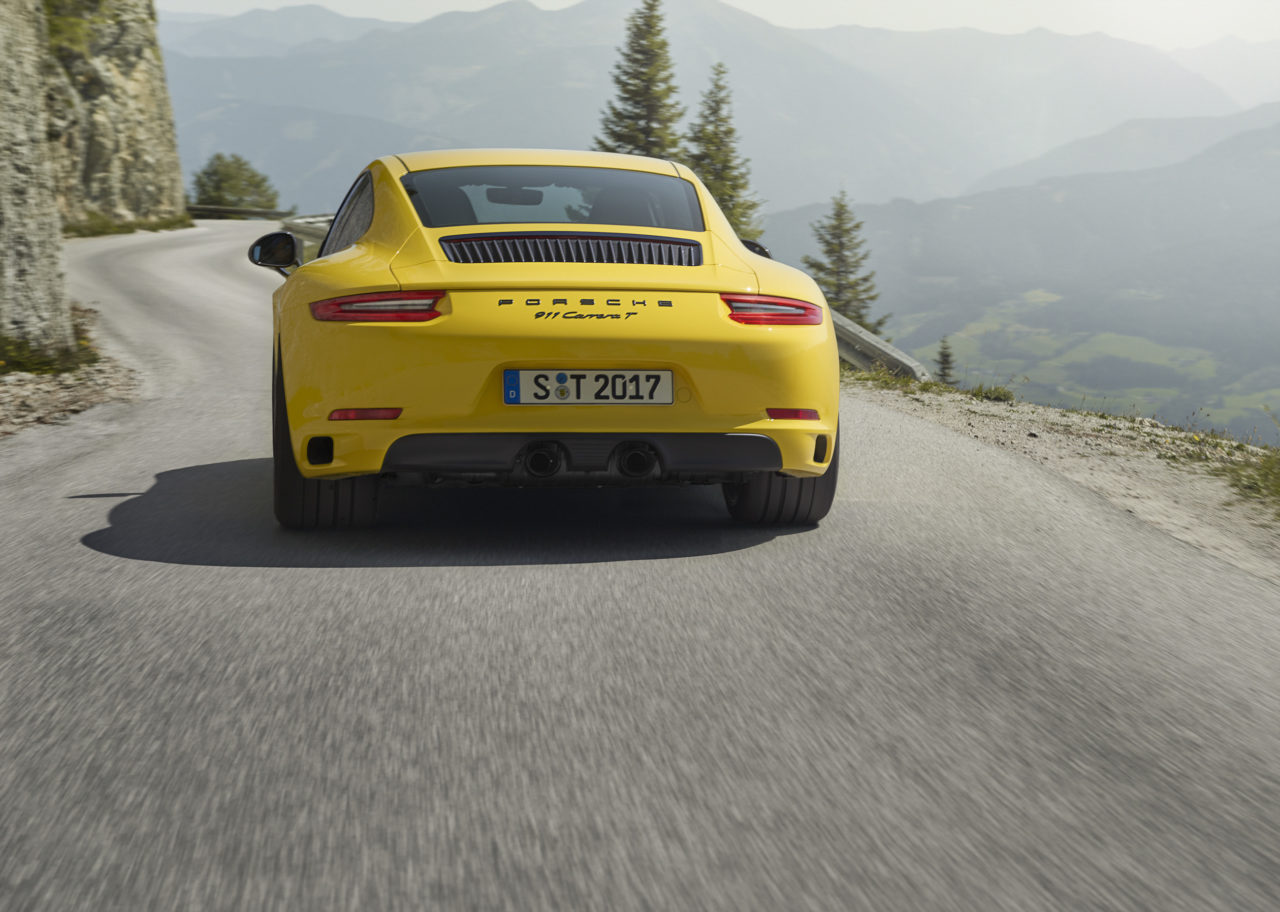 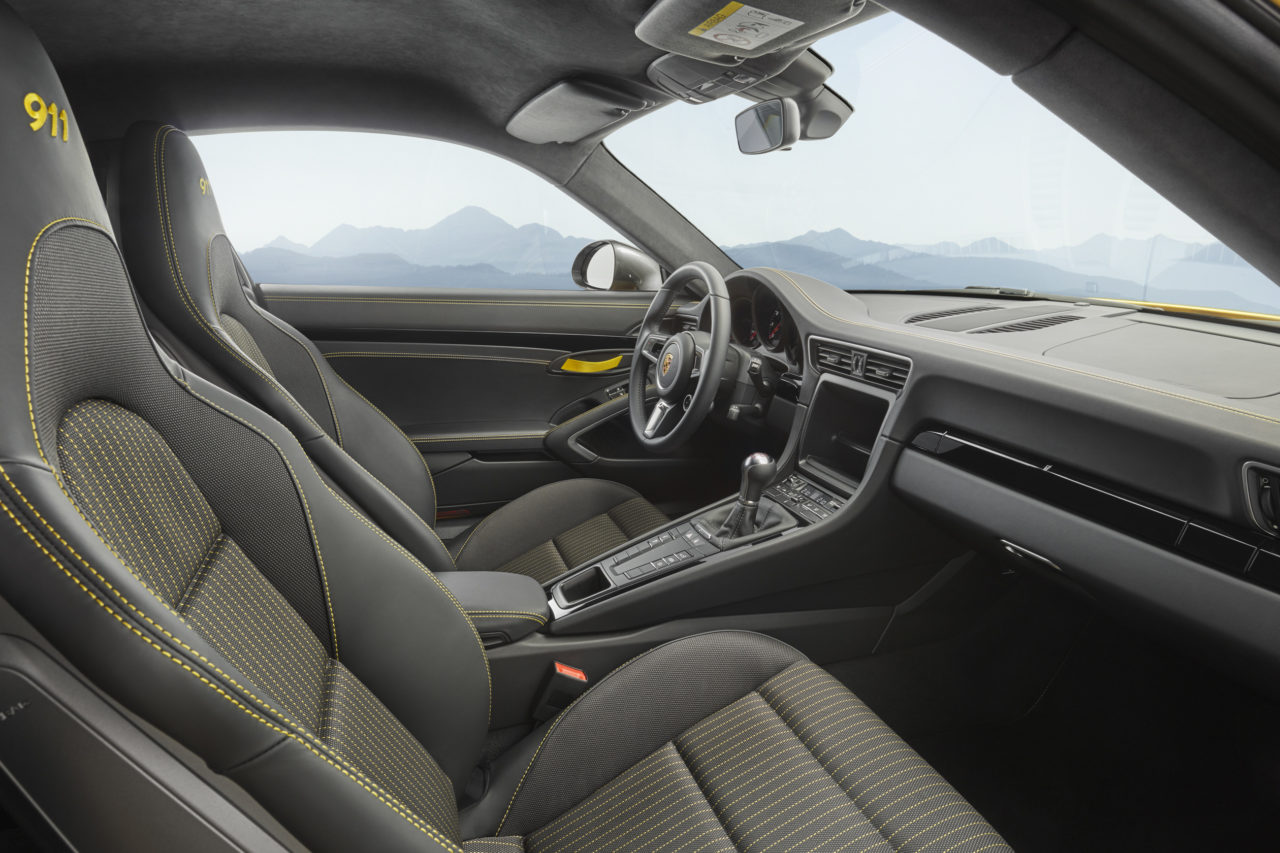 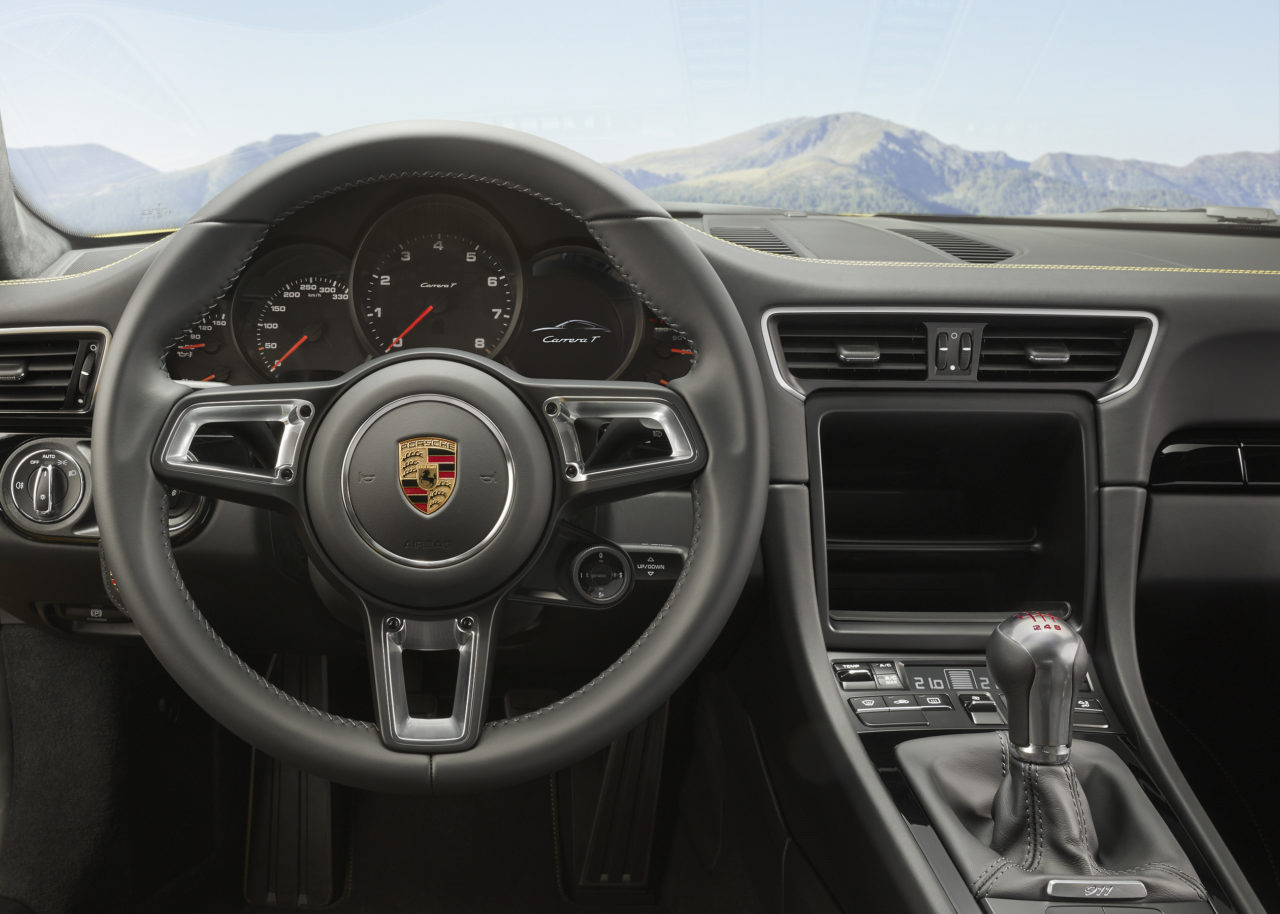