According Ford’s global product development chief Raj Nair, the company is “working very hard” on a hybrid version of the new Ford F-150 pickup. However, Nair said that it’s still too early to talk about how the hybrid system will work or when it might debut.

While we may not have all the details on the Ford F-150 Hybrid, we do expect it to be more fuel-efficiecnt than the 2.7-liter EcoBoost V6 which returns an EPA-estimated 19/26 mpg (city/highway) and 22 mpg combined. The new 2015 F-150 is the the first mass-produced truck in its class featuring a high-strength, military-grade, aluminum-alloy body and bed.

As far a diesel version of the F-150 is concerned, Nair said that falling gas prices make a diesel F-150 “a tough go.”

“If we see demand, we’ve got diesels in the portfolio,” he said in an interview with the Detroit Free Press. “We’ll react.”

We expect the Ford F-150 Hybrid to hit markets within the next 2 to 3 years. 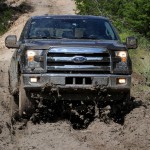 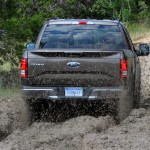 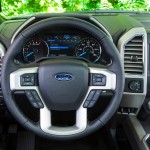