With more power and panache than even before the all-new MINI Cooper S should be taken very seriously by those in the market for a hot hatch. The new MINI is also bigger inside and considerably more refined. And yet, for all that, the cheaper Cooper model is the one we’d want to own and drive every day.

All that’s true of the new MINI Cooper is repeated here, so the new Cooper S is instantly recognisable as such. MINI’s sensibly evolutionary approach to styling is entirely understandable given the iconic look, so there are no surprises. It’s bigger, to the benefit of space inside, though it doesn’t look or feel significantly so. The Cooper S’s design changes from its Cooper understudy with the addition of a larger, re-profiled lower air intake, a black honeycomb style grille, a centrally-exiting twin tipped exhaust, larger (16-inch) alloy wheels and that air intake (which, like the previous model’s, is a dummy) – on the bonnet.

The increased sporting focus is carried over inside with the addition of more deeply bolstered sports seats, a sport leather covered steering wheel and the ‘Performance Control’ switch.

With a near 60hp advantage it’s little surprise that the Cooper S feels more accelerative than its standard Cooper relation. The engine’s character feels significantly different too, the additional cylinder and greater capacity – still turbocharged – make for easier speed, demanding less from the driver. The addition of the optional six-speed automatic transmission enhances that, even when it’s operated via the paddle-shifters. The suspension, with its more focused, firmer setting as standard, and bigger alloy wheels should see the ride deteriorate, but the S’s ability to smother rather than smack on poor surfaces is among the biggest differences over its predecessor. The ride is still busy, but it’s not unpleasantly so, though it does lose some of the fluidity of the regular Cooper.

That’s true too of the steering, the electrically assisted system having a degree of torque-steer removal in its make-up, which robs the wheel of some of its immediacy and feel. It’s by no means bad in isolation, but if you’ve just jumped out of a standard Cooper you’ll miss the small additional amount of feedback it offers. In the Cooper S the turn-in response is slightly lazier – despite the addition of that Performance Control understeer mitigation system. As with the Cooper the S is amusingly throttle adjustable, lifting mid-corner seeing the nose tuck in quickly and allowing the rear to move around.

It’s still an entertaining hot hatch, the Cooper S, certainly the measure of its obvious rivals from Ford and Peugeot. Like them it feels more mature and GT-like in its make-up, yet still convincing as a frenetic tearaway when the roads become more interesting.

Improvements in refinement are key to the Cooper S’s dual nature, it does a very convincing job as a fast, comfortable cruiser. The six-speed automatic is a conventional torque converter unit, but it never feels slow to react, even if the ratio spacing between second and third does leave you wanting for less of a gap. The 2.0-litre turbocharged engine’s note, as well as the gearshift programme and steering, is all adjustable via MINI’s Performance Control system within the central display, the system also changing the damper settings if you pay for the the EDC (Electronic Damper Control) system.

As well as the leap in power the Cooper S gains larger alloy wheels as standard, a pair of sports seats, a leather-covered sports steering wheel and styling enhancements including those twin, central exhausts, a larger roof-mounted spoiler, deeper lower front air intake and an intake on the bonnet, along with black honeycomb inserts in the front grille.

When equipped with the automatic gearbox the Cooper S coasts to save fuel. The economy and emissions figures quoted above are therefore better than they are for the manual car, which emits 133g/km and returns 49.6mpg.

In every quantifiable way the new MINI Cooper S is better than its predecessor and has the measure of its supermini hot hatch rivals. Greater refinement, higher quality, more space (marginally) and maturity make it an even more accomplished all-rounder, yet still as fun as it ever was. The only issue is the standard MINI Cooper, which might lack the S’s outright firepower, but is the sweeter driving package overall.

Shop for a Mini Cooper Near You 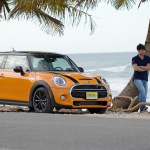 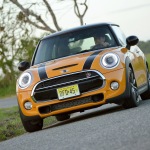 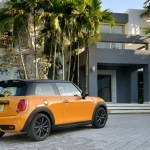 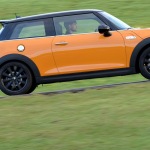 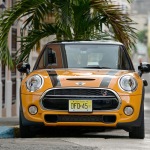 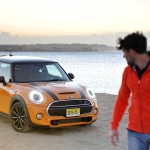 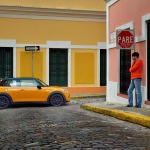 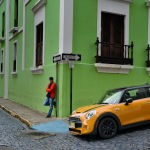 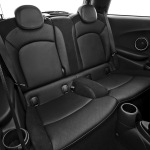 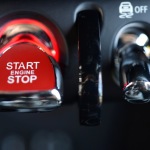 Performance – 8.0
Comfort – 8.0
Value – 9.0
With more power and panache than even before the all-new MINI Cooper S should be taken very seriously by those in the market for a hot hatch.
8.3
Tags:cooper sminimini cooper

3 Most Searched Muscle Cars on SpeedList