American sports cars are known for being powerful and fun to drive. They are iconic models, the kinds of cars that create the spark for budding enthusiasts, and the cars that it doesn’t take an enthusiast to appreciate. Here are three from the segment that we feel deserve a bit more attention, two of which are already available.

The c7 was crafted so well Chevrolet brought back the Stingray badge. Still, Chevrolet wanted to give us more, so they upgraded and track tuned until they had the Z06. With supercar power, the Z06 will be able to hit the track ready for the competition. The model boasts 625hp and 635 lb-ft of torque from its supercharged 6.2-liter V8 engine. Performance enhancements include exterior modifications like downforce enhancing design upgrades, a lot of carbon fiber and front and rear brake cooling ducts. The new Z06 is available with either a targa-style removable roof, or in full convertible form.

Search for a Chevrolet Corvette near you

The Z28 is another great example of Chevrolet taking something great and making it even better. The model gets its power from a massive, yet lightweight, 7.0-liter V8 engine that produces 505hp and 481 lb-ft of torque. It has a chassis was specially engineered to handle the track, it features performance upgrades like an advanced cooling system and helical limited slip and is 300 lbs lighter than the ZL1. Its exterior was designed to provide more downforce than any Camaro that comes before it, and the Z/28 gets its stopping power from a set of Brembos. The new Z/28 was just crowned Motor Trend’s 2014 Best Driver’s Car if you had any doubt of its performance capabilities, beating out Europe’s finest.

Search for a Chevrolet Camaro near you

Packing its punch from a 5.8-liter supercharged V8 the Shelby is the final addition to these track-ready sports cars. This legendary model was track tested at over 200mph and comes with 662hp and 631 lb-ft of torque, enough shake your competitors off. The Shelby GT500 gets cockpit adjustable electronic dampers, factory-equipped launch control, adjustable traction control, and electric power-assisted steering. Brembo provides the stopping power, the hood provides a power dome with a heat extractor and a tuned H-pipe exhausts leads to quad tips. Look out for the upcoming, completely redesigned Mustang GT that’s expected to boast 420hp and 390 lb-ft of torque, sit lower and wider and perform better overall.

Search for a Ford Mustang near you

The future looks bright for the American sports car. 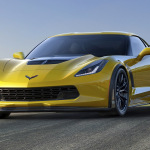 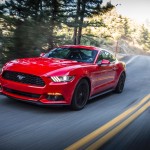 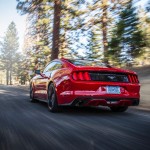 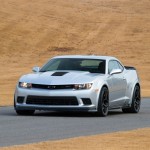 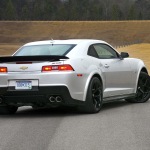 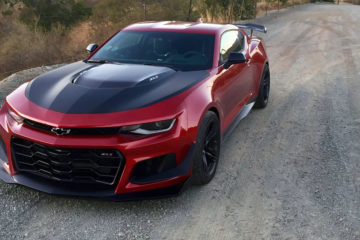