Developed with Vaughn Gittin Jr, the 2015 model year Mustang RTR will be available to order in January 2015 through select Ford dealerships.

Ford has really done an amazing job with the new 2015 Ford Mustang,” says Vaughn Gittin Jr. “The all new platform has very easily allowed us to mesh RTR’s tastefully-aggressive styling and modified performance to offer our most capable, best-handling fun-to-drive RTR’s to date. If the slightly modified performance of the our Spec 1 is not enough, customers that demand more are sure to get their kicks with the up to 725 horsepower and optional fully-adjustable suspension that allows the driver to easily adjust the balance of the chassis to their liking. We feel we have developed very diverse and refined offerings, which was our number one goal to support the global release of the 2015 Ford Mustang and ensure our customers keep smiling and having fun behind the wheel of his or her RTR.”

The modifications packages include a Spec 1 upgrade and a Spec 2 upgrade. The Spec 1 packages adds some visual enhancements including a new chin spoiler, rear spoiler, rear diffuser with side splitters, rocker splitters, upper grill with integrated lighting and a new lower grill. The Spec 2 packages offers a performance upgrade for the Mustang GT 5.0 liter V8 engine adding a supercharger which allows it to produce 725 horsepower. 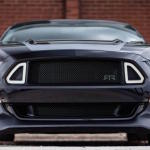 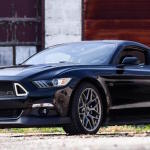 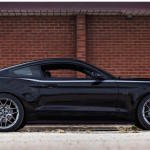 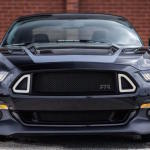 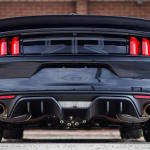