The most iconic sports car in history has finally be redesigned – we’re talking about the all-new 2015 Ford Mustang. Ready to go on sale this year (make sure you search SpeedList for great deals), the 2015 Mustang has been redesigned inside-out and upgraded significantly in terms of performance.

“Ford Mustang inspires passion like no other car,” said Raj Nair, Ford group vice president, global product development. “The visceral look, sound and performance of Mustang resonates with people, even if they’ve never driven one. Mustang is definitely more than just a car – it is the heart and soul of Ford.”

More than 9 million-plus Mustangs have been sold in its 50 years of continuous production, and this one is the most important ever.

For the 2015 model year, the new Mustang gets range of engines including a more powerful 5.0-liter V8, a 3.7-liter V6 and an all-new fuel-efficient 2.3-liter EcoBoost engine. The new Mustang also sets new performance and dynamics benchmarks with better handling and precise steering.

The 2.3 liter EcoBoost Mustang features a unique intake manifold and turbocharger that enables it to produce 305 horsepower and 300 lb-ft of torque. The 3.7 liter V6 option produces 300 horsepower and 270 lb.-ft while the big boss 5.0 liter V8 pushes more than 420-hp and 390 lb-ft of torque. Official 0 to 60 mph figures will be announced at a later date.

The 2015 Ford Mustang will go on sale later this year – prices will be announced closer to launch. 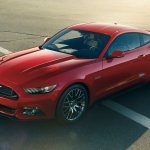 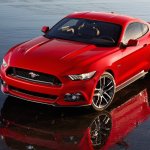 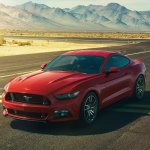 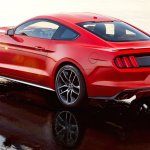 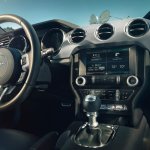 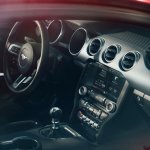 Shop SpeedList for a Ford near you!