We are all used to the idea of a Porsche-badged SUV by now, so the arrival of the Cayenne’s smaller brother should come as no shock. What is a shock is how well it drives. The new Macan Turbo in particular is an incredible achievement, mixing sports car pace and road-holding with a taller SUV body style and even some off-road ability. It’s going to be a massive success.

Instantly recognizable as a Porsche, the Macan takes the company’s design signatures and applies them to a compact SUV. It works too, the Macan’s proportions arguably more appealing than its larger Cayenne relation’s, its familial lines less forced, more cohesive and very attractive. The muscular rear haunches, raked roof profile and the contoured bonnet under which large air intakes reside up front make for a good-looking new entrant in the compact SUV world. The ‘sideblades’ body-colored on the Turbo – add some interest to the flanks as well. In flagship Turbo guise those air intakes are a different profile, feature different slats and house double LED driving lights. Around the back, the Turbo’s signalled by four fared-in tailpipes, while a Turbo badge on the smooth boot lid shouldn’t leave you guessing, either.

The interior follows Porsche’s current styling, so no real surprises from the instruments and centre console, all of which are familiar and functional. What’s clear is the Macan’s lower driving position; while SUV-like in stance it doesn’t feel overly tall from behind the wheel, which itself is a beautiful item pinched from the 918 Spyder parts bin. It all feels impeccably built, while space is decent, if not overly generous in the back, and the boot a useful size, too.

The Cayenne might have given us a clue that Porsche’s interpretation of an SUV focuses heavily on the Sports part of the Sports Utility Vehicle moniker, but the Macan takes it to an altogether different level. That’s particularly true in Turbo specification, where the 3.6-liter turbocharged unit delivers incredibly linear performance, its peak 400hp at 6,000rpm underpinned by a massive 550Nm torque output that’s offered from just 1,350rpm, right though to 4,500rpm. It’s fast then; with optional Sport Chrono it’ll reach 62mph in 4.6 seconds (4.8 seconds without) and our run on the autobahn demonstrated that it’s still accelerating hard before it reaches its 165mph maximum.

Fast is easy though; what’s remarkable is how adeptly the Macan’s chassis deals with its prodigious output. Hugely stable at high speeds, a few laps around Porsche’s Leipzig test track (which has corners aping those from the best circuits around the world) demonstrates that the Macan has the agility to match its pace. The steering is alert, quick and precise, the Macan’s nose resistant to understeer unless you’re pushing too hard, the chassis exhibiting a neutrality and even rear-led bias that’s unique in this segment. Under full power exiting corners the Turbo feels rear-driven, its four-wheel drive system able to divert all the drive to either axle when necessary.

Naturally there’s a whole host of electronic driver aids that help the Macan feel more sports car than sports utility, but they’re never intrusive. Sport and Sport Plus modes decrease intervention of the stability and traction control systems to allow for more slip and driver control. Porsche Torque Vectoring is also offered, it too helping increase the Macan’s ability to utilize all its power as ruthlessly as possible. Walter Röhrl admitted that even with PSM (Porsche Stability Management) turned off it’s quietly working in the background. He adds that the Macan works best with it on, the PSM making it less likely to understeer and even allowing a degree of power oversteer.

On a wet track the Turbo demonstrates this easily, its limits high yet approachable. On the road, at more sensible speeds, it’s remarkably composed, the optional air suspension riding serenely despite the 21-inch alloy wheel choice. Refinement is impeccable too, wind noise only really apparent well into three figure speeds, tyre noise – even on mud and snow tires – barely perceptible. If there’s a complaint it’s perhaps the lack of drama from the tailpipes, the Turbo’s tones sounding a touch muted over its Macan S relation (despite the lesser-output car also being turbocharged). Its mass also makes itself felt, mostly under braking, as the brakes lack a bit of feel and bite in comparison to Porsche’s norm.

Your $73,295 buys you the fastest, most agile compact SUV on the market. Nothing comes close to the Macan Turbo for rounded on-road ability. It’s adept in the mire, too, if you wish to get it muddy. Turbo specification comes with Bose surround sound audio, Porsche Communication Management with satnav, a leather interior, Alcantara roof lining and 18-way adjustable adaptive front sports seats, bi-Xenon headlights with dynamic lighting, PASM and side-blades in the same color as the bodywork.

The Macan Turbo might wear the flagship badge, but every model in the Macan range is turbocharged. The only gearbox is Porsche’s seven-speed PDK automatic transmission and all also come with Porsche’s complimentary course at the Porsche Experience Centre in Silverstone.

Find a Porsche for sale near you 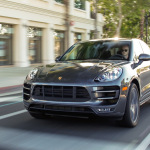 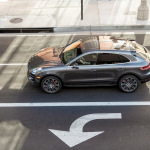 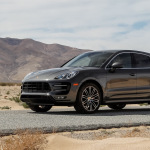 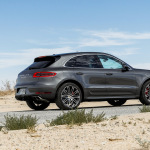 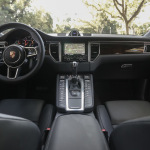 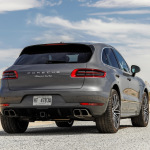 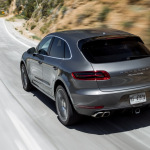 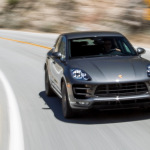 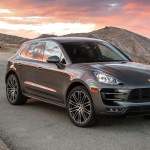 Performance – 8.5
Comfort – 9.0
Value – 7.0
Your $73,295 buys you the fastest, most agile compact SUV on the market. Nothing comes close to the Macan Turbo for rounded on-road ability.
8.2
Tags:macanporscheturbo