The Porsche 911 Turbo S is one of a handful of cars that can accelerate fast enough to make my face feel like its being pulled back. Using launch control in this car has a physical effect on your body, seriously it is insanely fast. This must be what it feels like to be catapulted off the business end of an aircraft carrier. The list of production cars capable of sub-3 second sprints is short and reads like a schoolboy’s wish list. From a standing start in this Porsche, 60 mph arrives in 2.6 seconds. At current count, there are 20 variations of the 911 available. But the Turbo S the fastest 911 ever.

The Turbo S is also, by far, the most technically complex 911 ever. A twin-turbo 3.8L flat-six twists out 560 hp and 553 lb-ft torque thru Porsche’s 7-speed PDK gearbox. An all-wheel-drive system with a torque-vectoring rear differential does its best to put the power down. Four wheel steering, dynamic anti-roll bars, and active engine mounts assist in keeping things level and pointed in the right direction. After the initial shock and adrenaline that accompanies launch control, it’s amazing how calm the 911 Turbo S is. With nothing more than a twitch of the steering wheel and a brisk count to 11, the quarter mile of road that was ahead of you is now behind. On a flat, dry surface you could do just that without touching the wheel. Perhaps the only thing more startling than the 911’s launch feature is its stopping ability. With Porsche’s latest carbon ceramic brakes and single-lug wheels, the Turbo S can remove sunglasses from your face.

Sitting in the 911 is akin to climbing into the canopy of an F16. The car envelops you in that high-quality, high-tech Porsche environment you’ve come to expect. Like the F16, it is razor sharp and responsive. There is no relaxed setting in the Turbo S. It’s demeanor ranges from fast to frenetic. The suspension is hard, the change in direction is quick, and the acceleration from any speed is brutal. But for all its supercar qualities, it isn’t supercar impractical. It’s still a 911, which is the argument many critics will use to discount it.

Porsche’s 911 Turbo has been around for 40 years. In that time, it’s built quite a reputation for being difficult to drive – scary even. This new 991 Turbo S doesn’t elicit that same fear. Sure, a ham-fisted Mark Webber wannabe can still put it in a ditch on the way to Cars & Coffee, but it won’t catch a level-headed driver out. I don’t want to call it safe, because nothing will change how ludicrously fast it is, but the Turbo S is more predictable than its predecessors. You might think that’s a bad thing, but it isn’t. When you can cover four football fields in 10 seconds from a standstill or push 190 mph on the autobahn, sometimes the best thing a car could be is predictable. And that’s what makes the 911 Turbo S so intoxicating. It’s 100% insane, accessible speed. 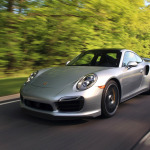 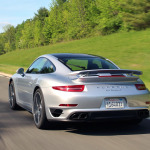 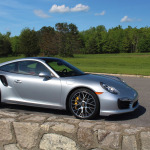 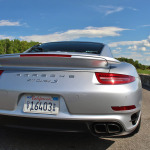 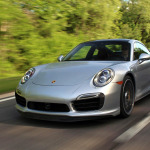 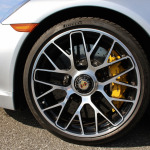 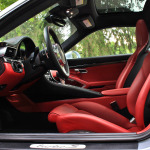 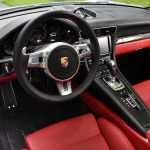 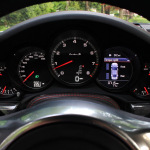 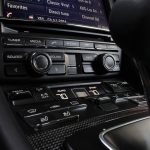 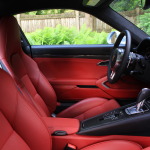 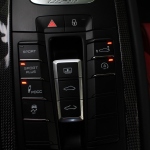