During the opening of the new Product Engineering Center in Beijing, Mercedes-Benz unveiled a new concept called the G-Code. The new Sports Utility Coupe apparently hints at a new model that will fit below the Mercedes-Benz GLA.

“The innovative and versatile Sports Utility Coupé (SUC) for town and country shows how emotionally appealing a future compact SUC can be, and what evolutionary possibilities the Mercedes-Benz design philosophy offers,” Mercedes-Benz said in a statement.

Power for the Mercedes-Benz G-Code Concept comes from a turbocharged engine that is fueled by hydrogen and drives the front-wheels and mated to an electric motor that drives the rear-wheels.

“The G-Code is both beautiful and intelligent, and interprets our typical Mercedes Coupé design idiom”, says Gorden Wagener, Head of Design of Daimler AG.

Inspired by the urban lifestyle of Asia’s metropolises, the Mercedes-Benz G-Code Concept focuses on a young and cool way of moving about the city. It also futures two electric scooters in the trunk that are recharged as the G-Code is in motion.

As far as any confirmation from Mercedes-Benz goes, the Mercedes-Benz G-Code will remain only a concept, just like the Ener-G-Force concept from two years ago. It will also debut at the 2014 LA Auto Show. 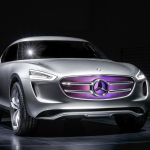 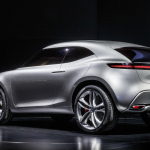 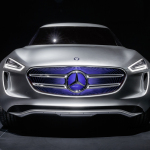 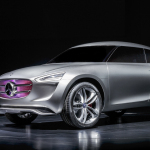 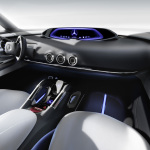 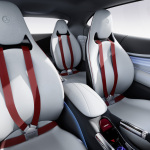 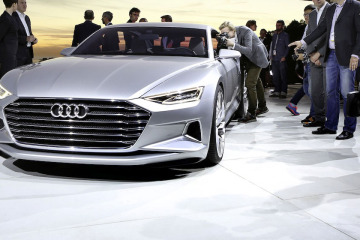 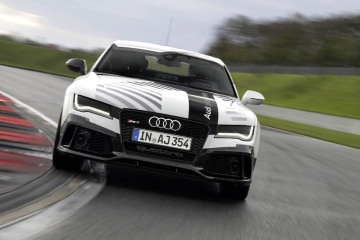